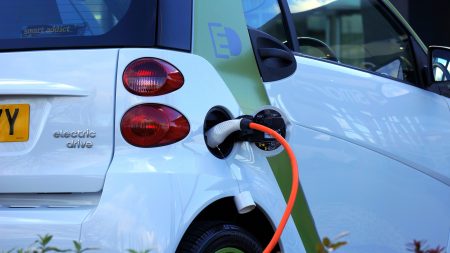 In an effort to facilitate increased demand for energy-efficient vehicles in New Jersey as the market expands, legislation to establish new goals and incentives that support the use of plug-in electric vehicles (EVs) was signed into law by the Governor on Friday. The measure is sponsored by Assembly Democrats Daniel Benson, Nancy Pinkin and James Kennedy.

The legislation (A-4819), now law, establishes new goals for the use of plug-in electric EVs, and establishes incentive programs regarding the use of light-duty plug-in EVs and in-home charging equipment. It pertains to a “light-duty vehicle” which under the law includes, but is not limited to, any vehicle commonly referred to as a car, minivan, sport utility vehicle, cross-over, or pick-up truck.

“Our goal is to get more electric vehicles on the road, which in turn will result in less greenhouse gas emissions that contribute to climate change, more local jobs to put the charging infrastructure in place, and cleaner air for our communities,” said Benson (D-Mercer, Middlesex), chair of the Assembly Transportation Committee. “For a cleaner, healthier State, this law puts forth strong attainable goals to increase the number of electric vehicles and charging stations in New Jersey.”
Among the new State goals established by the law:

“It is estimated that 75 billion miles are traveled on New Jersey roads every year in vehicles fueled by gasoline and diesel,” said Pinkin (D-Middlesex), chair of the Assembly Environment and Solid Waste Committee. “By promoting the use of electric vehicles under these goals, we can help make New Jersey air cleaner which would be a huge win for the environment and public health. With the climate crises we are seeing across the world, it is imperative that we move to reduce our carbon footprint as quickly as possible.”

Under the provisions of the law, the Board of Public Utilities (BPU) is tasked with establishing and implementing incentive programs for the purchase or lease of light-duty plug-in electric vehicles; and purchase and installation of in-home electric vehicle charging equipment.

In the first year of the incentive program for electric vehicles, the amount of the incentive is to equal $25 per mile of EPA-rated electric-only range up to a maximum of $5,000 per eligible vehicle. For in-home charging equipment, individuals will be eligible to receive one-time payments of no more than $500 per person.

“Incentivizing the switch to electric vehicles will not only help save money and reduce emissions but will be critical in laying the foundation for a self-sustaining market in the long term,” said Kennedy (D-Middlesex, Somerset, Union). “This law equips us to build on year-to-year successes.”

The law also provides for the creation of the Plug-in Electric Vehicle Incentive Fund administered by the BPU to be used solely for disbursements under the light-duty plug-in electric vehicle and in-home electric vehicle charging equipment incentive programs. It further requires that no less than $30 million in annual disbursements from the fund be made available under the programs.

Additionally, the Department of Environmental Protection will develop and implement a public education program to provide consumers information regarding the availability and benefits of plug-in electric vehicles, the new State goals and availability of incentives.

The law was given final legislative approval 65-9 in the full Assembly and 27-12 in the Senate in January 2020. It will take effect immediately.

This article is shared from NJ Democrats