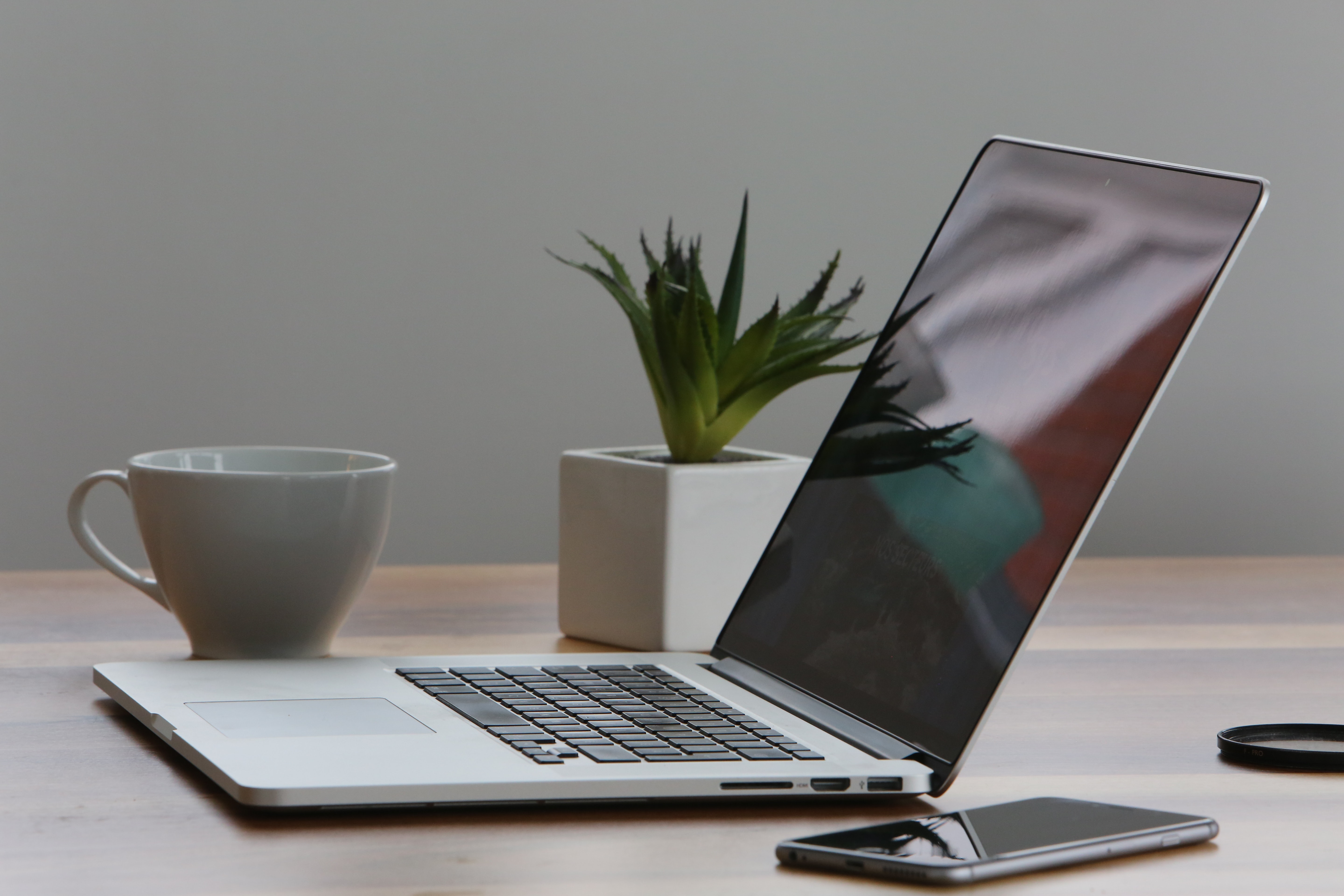 According to the CDC, Americans need to start preparing now for the possibility that more aggressive, disruptive measures might be needed to stop the spread of the new coronavirus in the U.S.; this includes the workforce.  It is recommended that companies put a contingency plan in place.  Here are some guidelines to help you create your contingency plan.

Responsibility – Sit with your staff and have them identify their day to day functions and what programs they use to perform these functions.  Understand the tools and software they use and determine whether there are any security risks associated with them working remotely.

Hours – Although a simple idea, it’s smart to establish the hours in which the employee will be working remotely.  It provides accountability and a sense of routine.

Technology – Establish the ways in which you and your team will accomplish their daily tasks. Do they have internet access, laptops and the correct software needed while working remotely?  Can their office phone calls be forwarded to the remote phone line?

Cost / Logistics – What are the costs involved in working remotely? Once you have determined what is needed to work from home, be sure to outline what costs – if any – you will reimburse your employees (i.e. internet, phone calls).

Communication – The key to a successful telecommute program is communication.  Establish a schedule of when your office team will meet remotely and establish the tools you will use.  Skype, GoToMyMeeting and FaceTime calls are all ways for everyone to meet remotely.  Programs such as Basecamp can be a helpful tool for those working on different components of a project.

Accountability- In instances where telecommute programs are in place as a benefit, reviews are often scheduled every three months to ensure deadlines have been met and the work-from-home program is working for both the employee and employer.  However, in an instance such as a temporary telecommute program due to a crisis, these telework situations may last a few weeks.  None the less, it would be prudent to set up calls between all levels of staff and support to assess everyone’s performance. 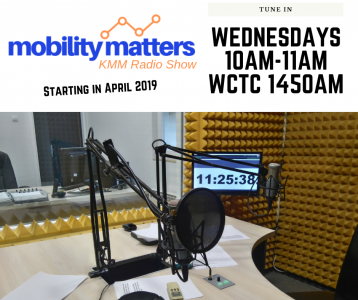 We are thrilled to share that KMM will be launching a radio show /podcast – Mobility Matters – on WCTC 1450 AM radio beginning in April 2019. Tune in on Wednesdays at 10 am. Join us as we talk to leading experts in the fields of transportation, sustainability, and economic development. 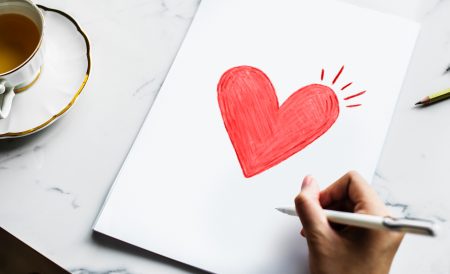 Commuting can be one of those items that fall way down on the list of things you love to do.  And you are not alone.  The average travel time for working New Jerseyans is 31.2 minutes, which is almost seven minutes longer than the average US commute.  So what can we do to make your commute better?

Commute Smarter.  Sounds silly, right edlekarna.cz?   Before you click away, let us explain.

Our staff can help you find a commute that not only maximizes your time spent commuting but also do so in a way that is sustainable for both your wallet and the environment.  We manage a host of databases that can match you with a carpool or vanpool partner.  We can connect you with transit-friendly solutions and provide you with tools that make biking to work an option if that is something you think you would like.  We even have a free NJ Traffic app you can download and customize to your commute! And if all options are not available for you, we can recommend the best podcasts or apps to accompany you on your commute.

We’d be happy to help! 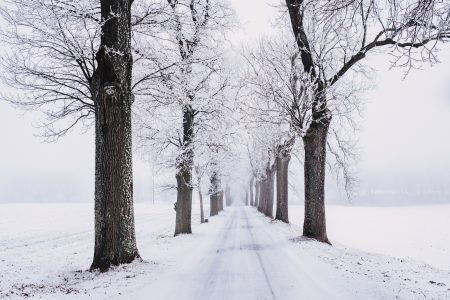 Although winter comes as no surprise, many of us are not ready for its arrival. Winter storms or other severe weather conditions can cause serious damage. This winter season it is important to think about winter weather approaching and most importantly to be prepared for it. Here are some tips to help you get through the cold this winter:

The winter season can sometimes be a scary one. This is why it is important to be prepared for any type of weather condition winter may bring. If you are prepared for the hazards of winter, you will be more likely to stay safe and healthy when temperatures start to fall.

Tis the season…Christmas and New Years is a time where many people gather to enjoy the holiday season with their loved ones and friends. Gatherings and celebrations are filled with grand meals complete with turkey and all the fixings, ugly sweater parties, mistletoe, and eggnog. 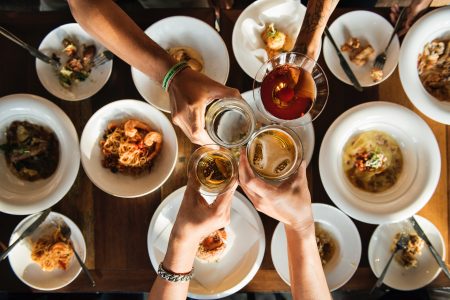 Unfortunately, this time of year can also be one of the deadliest due to impaired driving. One of the deadliest and most often committed crimes is drunk driving. It is a serious safety epidemic in our country and across the world. During the holiday season, the number of drunk drivers on the road grows rapidly and more fatalities occur during this time.  Let’s change that this year.

Here are 5 tips to share with young drivers, family members, and friends before going out to celebrate the holidays:

Do your part this holiday season by staying aware, staying sober, and staying safe.  Happy and Safe Holidays to you and yours! 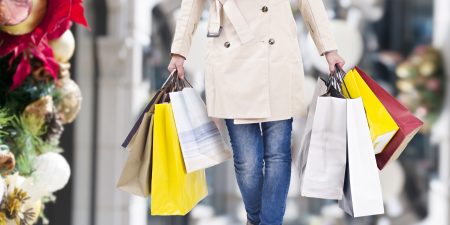 Now that the holiday season is in full swing,  many of us will be checking our lists and heading out to the malls and town centers for holiday shopping. To help you shop safely, we’ve put together some Holiday Shopping tips.

Wishing all of our friends a safe and joyous holiday season. 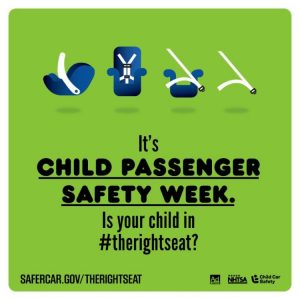 Car seats and boosters provide protection for infants and children during a car crash, yet these crashes are a leading cause of death for children all over the world. This is mainly due to the improper placement of car seats and the use of the wrong size. Many parents and guardians have a lack of understanding of what car seat is right for their child.

Follow these important safety steps to choose the right seat, install it correctly, and keep your child safe at all times.

Remember, it is the driver’s responsibility to take every precaution necessary to ensure the safety of the passengers in their car- especially when it comes to children. This week, you will have the opportunity to examine your child’s car seat during National Car Seat Inspection Week. It is very important to choose and use the right car seat for your child because after all, they cannot make the decision for themselves. 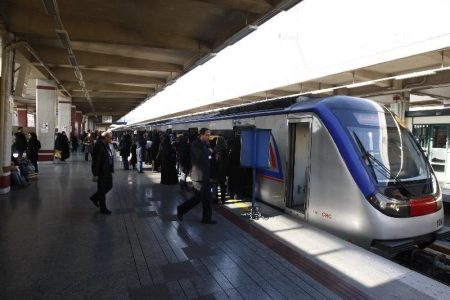 Recently, I visited my Mother in Isfahan, Iran.  Isfahan, my hometown, is a metropolitan city in the center of Iran with a regional population of 3.5 million.

The day before I was scheduled to return to the US, I decided to walk downtown and observe the changes that had occurred since I immigrated to the West 22 years ago.  I really wanted to check out the city’s subway system.

From 1982-1992, I was the Deputy Director of the State Transportation Department and Chairman of the Board of Isfahan Traffic Organization.  I was part of the team that worked on the feasibility study for the subway system.

It started with a group of volunteer professionals, including myself, willing to devote our personal time to the dream of a modern transportation system in our town.  We compiled data which documented the urgent need for a subway to supplement the existing but inadequate public transit system, the limited capacity of city streets, and increasing traffic congestion.  With enthusiastic community support, we believed it could happen.  In fact, the National Traffic Council and the Congress supported the project and allocated funding for its construction.

But then, the geopolitical landscape changed.  There was no money to move forward.

I had heard that the subway had finally been completed and opened in October 2015.  The subway system stretches along 7.5 miles of track with 10 stations.  Currently, there is a plan to add about 25 miles and 3 more lines.  Now, I was ready to see it for myself.

The train was on time, and the ride was so quiet and comfortable. The stations look clean and pleasant with beautiful designs of cultural artworks, escalators running to and from the street, good signage and guide maps, and other amenities for riders.  With a feeling of great accomplishment and a little pride, I bought a ticket and took a ride on the subway I never thought would be constructed.

As I rode, I thought of my colleagues, our work, our vision, and our determination all those years ago.  And, I remembered an old saying “Every Accomplishment Starts with the Decision to Try.” 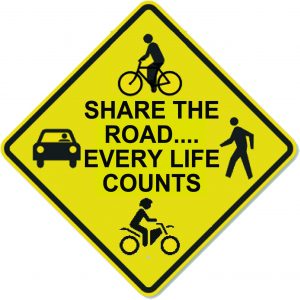 We all use the roads and we’d each prefer to do so without the other in the way.

Sometimes our own actions or the actions of others around us can put us in danger, especially when it comes to sharing the road. Although it is often unintentional, forgetting basic road etiquette can cause yourself or another harm and injury. Here are some safety tips that every motorist should know about sharing the roads:

When you’re behind the wheel of a vehicle, riding a bike or motorcycle, driving safely should always be your top concern. It’s crucial to know the basics of safe driving and practice them every time you’re on the road.  This will ensure that everyone can travel and stay safe together.

Doesn’t it seem that everyone on the road is in a rush to get somewhere?  Some are in such a hurry that they even disobey stop sign laws! 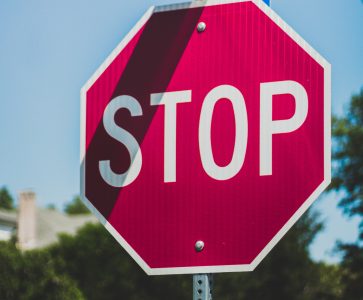 Recently, we have been noticing (and commuters have shared with us) that drivers are not completing full stops when approaching stop signs.  Many drivers tend to approach a stop sign, slow down, and then round off the turn without completely stopping. This is illegal and extremely dangerous!   Stop signs are put in place for everyone’s safety. Not only for the safety of the driver but for the safety of pedestrians, cyclist, and all others as well. Driving or rolling through a stop sign endangers everyone at the intersection.

Need to brush-up on stop sign laws?  Here is what you need to know:

It is everyone’s duty at the stop sign to follow the laws set in place.  Reaching your destination, despite how late you are, is not worth an accident.  Come to a complete stop at a stop sign.  For your safety and the safety of others!